While updating Play Store (v4.9.13)  in the last week of July, Google added many features looking forward to the launch of Android L. But yesterday Google again updated Play Store in the hope of giving out the real  features of Android L.

Prior to the launch of Android L in this month Google is redesigning all of its Play Store apps to give them the feel and texture of Material Design.

As we saw at Google I/O 2014 this app has got all the animations and the material designs. When you click on the menu button on the top left side of the app, you will see an animation converting hamburger menu button into an arrow and back again, for example, there are many such things in this new Update, sad part is that it will be only available for the Android L users at this moment. But if you want the updated app, then you can download and install it, link is given below.

Inside the App page, 'What's New' feature is now highlighted to show the new features added by the developers. It has given a green background which is the color of the App section itself. 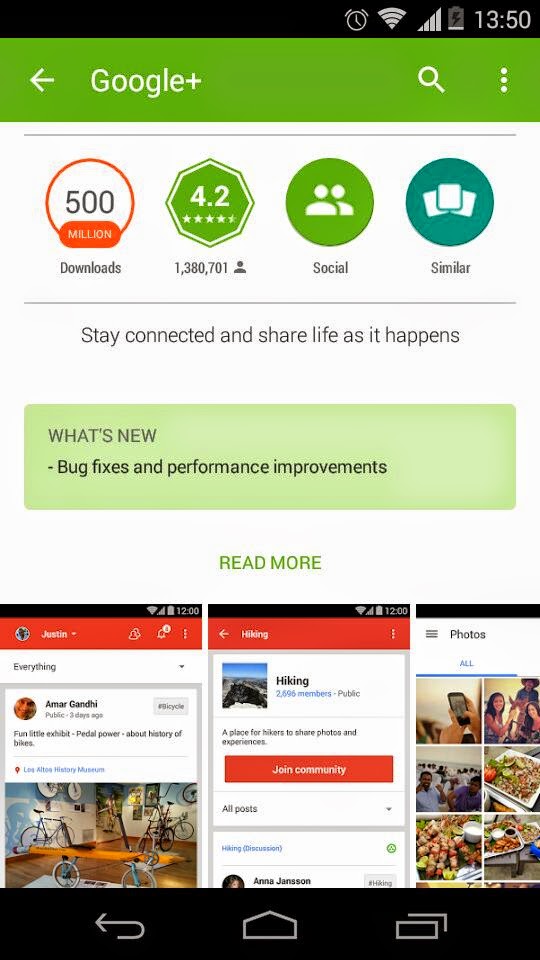 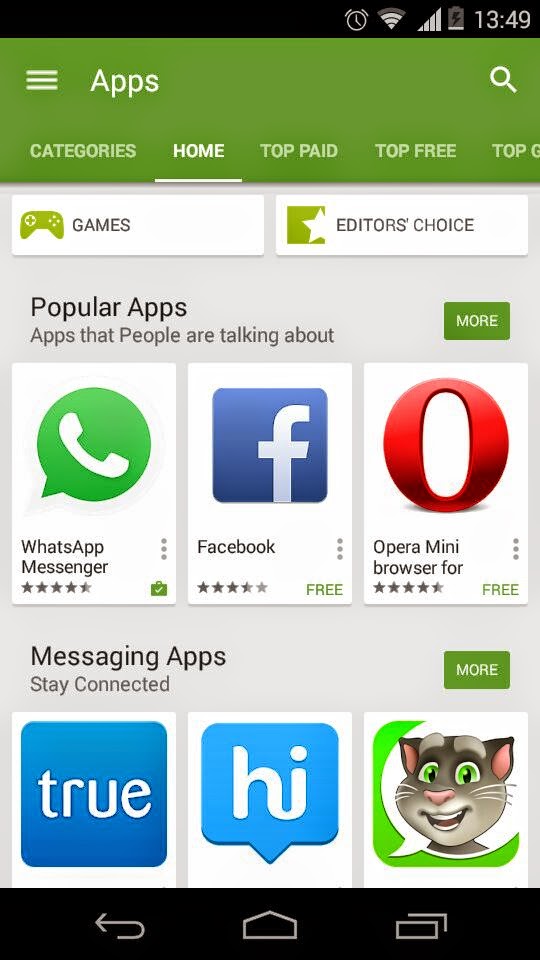 As per the renewed policy, Google has added the Developers' address inside the More Info page of the App, allowing users to view and complain about the app. Google saying that ," It will help consumers to address their complaints regarding the app directly to the App Developer". But, matter of fact is that, Google apps aren't included in this, as you can see in the screenshots below. 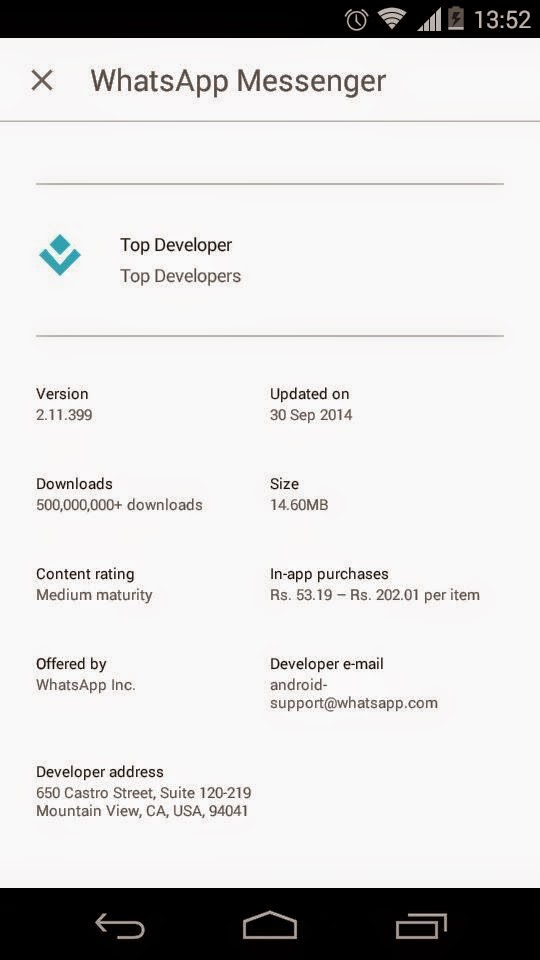 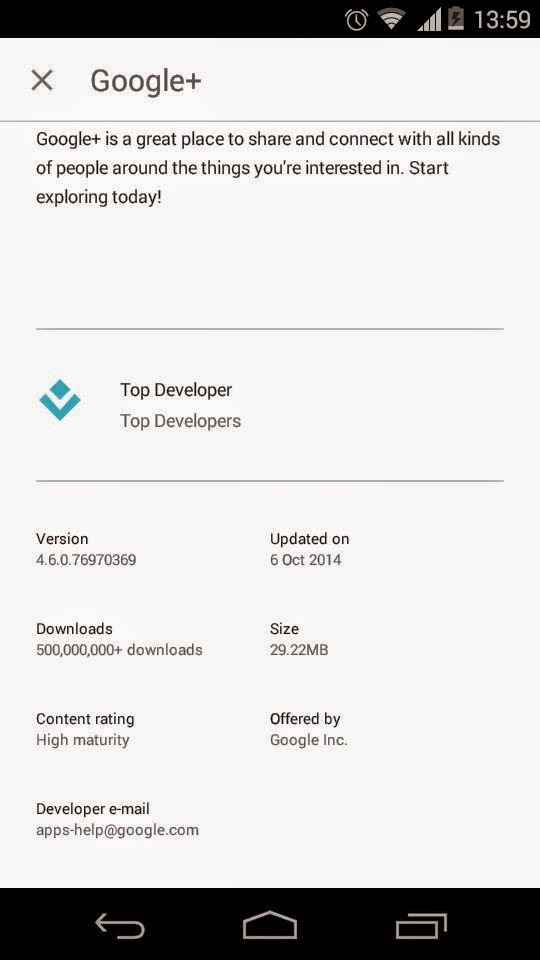 There are many more features in this update, I will post a complete story here once it comes with the finished Android L version in the next few weeks. Till then you can download this new update from the link given below.