Micromax after jumping into beds with Cyanogen this month has announced a new smartphone 'YU YUREKA'. It will feature latest CM Android Rom from their new partner in India. This new smartphone is launched under a new brand name YU from YU Televentures, Micromax's one of the subsidiary, and will contain official CyanogenMod Android Roms only. Plus point of this series is, as said by Micromax Co-founder Rahul Sharma, 'Users can root the phone and not worry about loosing their warranty.'
So lets dig into this phone and see what's in it and to whom it could appeal. First of all, this phone is exclusively available in India only and only through the online retail giants Amazon.com . It will come live for sale on the 13th of January next year only on Amazon.in .
One must know that Cyanogen has disbanded their previous alliance with OnePlus so as to join in with Micromax to make their mark on Indian Smartphone Market and this, YU YUREKA, phone is their first smartphone with Micromax. Therefore everyone is expecting something special from both Micromax and Cyanogen.

Well, it's a Micromax product, we all know they keep it simple and affordable for their customers in India. This product is no different than its predecessors. YU Yureka is tagged at Rs. 8,999/- only as shown on the online portal of Amazon.com -  YU Yureka .
This price tag will definitely lure low budget smartphone seekers in India and also the tech-savvy people considering the features provided by the CM Roms and the level of customization available in these CM based phones. 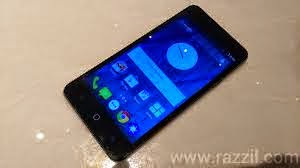 What's important in today's phones is their large screen sizes and crispy displays. Although this device has large enough Screen size it lacks on the later feature. But considering the price tag, YU Yureka has a pretty decent display, though not par to any other standard phones out there in the market, like Moto E.
YU Yureka comes with 5.5" HD IPS screen with Corning Gorilla Glass 3, it will pack pixels with 267ppi  density. This device has an 80 degree of viewing angle which could be considered well enough considering the price of the phone.

YU Yureka comes with a Qualocmm Snapdragon 615 Octa-Core Processor, clocks at 1.5GHz. It is a 64-bit processor. Along with Qualcomm Snapdragon 615 Processor it has Adreno 405 GPU and 2GB DDR3 RAM, allowing it process things super fast. This phone is shipped with 16GB inbuilt memory space and can be upgraded upto 32GB.
This much spec at this low price range is quite surprising if compared its rivals in this range. Processor powered by Qualcomm Snapdragon 615 is 64-bit, means it will be able to access 4 billion times more memory than 32-bit processor and could utilize RAM more effectively.

It is better to talk about battery of the mobile right after discussing Screen size, display, Hardware processor and the RAM. Because these are the regions where battery looses its juice. For any phone, now-a-days, it is important to have a decent battery backup, upto at least a day to go with.
But, though it is a phablet size phone, they failed to give large battery here. This phone comprises of just 2500mAh. Micromax says the standby time is 210 hours and is offering 11 hours of battery on 4G LTE and close to 13 hours on 3G. The company says that the OS has been optimized for better battery.
Considering the display size, 64-bit processor, 2GB RAM this much battery will definitely be insufficient. Low battery backup could retract customers from getting this phone.

This phone has a 13 megapixel camera which has a Sony EXMOR CMOS sensor, f2.2 aperture, 75.4 degree wide-angle lens and can shoot at 1080p and a slow-motion video at 60 frames per second. It’s also got Blue Filter architecture to balance light and get better exposure. The front camera is 5 megapixel and can shoot selfies at 1944*2592 resolution.
This phone like other Micromax phones has dual-sim support and also has 4G LTE support in India, which is one of the surprising factor of this device.
Pretty decent camera and connectivity features considering under 10k price tag. 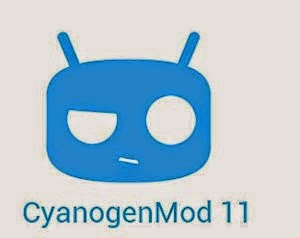 This device stands different here than any other device out there in the Indian Market. This phone will run on CM11 Rom on top Android Kitkat 4.4.4 and it looks similar to the stock Android. The main advantage of having CM Rom is that it does not include unnecessary apps and tweaks that slows down your mobile and also include many small hardware and software tricks. This is the reason many tech-savvy people to line up to get this phone in hand.
Cyanogen has confirmed that this device will get Android 5.0 Lollipop update as soon as they launch and customer will receive fast updates of the latest CM version ROM.

The plus factor here is, as mentioned earlier, that users can root their phone without worrying of loosing the warranty, something what every Android user would love to get.

If you are looking for a budget phone under 10k and have some faith in Micromax's build quality, then this could be your dream phone. Also this phone will come with CM Rom pre-installed in it so that you wont need to root your phone to get one like other devices out there. Even if you ever wanted to root your phone then you could do so without violating warranty. But all other features are quite as per the standard except the Battery, which is not much sufficient. But overall, with this low price tag this is a good phone to have.
Tweet