Rumor | Whatsapp may Introduce 'Voice Calling' feature in its next update

Whatsapp, world's second largest social messaging app after Facebook Messenger ( Top 5 Messaging Apps ), may announce a big feature in its next update,posted by +PhoneArena, depicts - " WhatsApp? Voice calling, that's what " on their website. 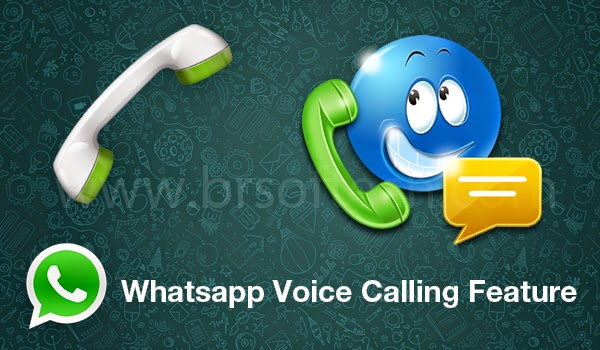 It is been a couple of months since Whatsapp CEO, Jan Koum, confirmed that his team may bring a voice calling feature to their app very soon. Since then everyone started predicting about the involvement of this new feature in their next updates. Finally that moment might have arrived, as stated by PhonArena.

Though there are speculations about the involvement of this new feature in their next update, but a very little is known so far about this voice calling feature.

In their post, PhoneArena, says that, the so called voice calling feature is made available through the iOS update of the app. Though the feature is not active, a user can make so by going through Settings > Privacy > Microphone > WhatsApp > and flip the slider to off. Go back and open Whatsapp, you should see the pop-up pictured below.
This new feature is not shown in the Changelist of the app, as it is in development process and is not made available to the normal usage, claims PhoneArena.

Though it is a rumor for now, it will be interesting to see how far this thing goes, and will definitely increase curiosity among the users regarding this new feature. Hope, Whatsapp soon announces its strategy officially.