Home » New APPs » Will the new Messaging app from Google replace the Hangouts and the Stock SMS App ??

Will the new Messaging app from Google replace the Hangouts and the Stock SMS App ??

We saw 'a blue and white chat bubble' like app in the dock of the Android Lollipop, it was the messaging app from Google, we all knew about it. The only thing was, will it replace the Hangouts and the Stock SMS/MMS app of Android? 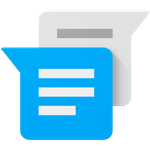 Well, answer for this, for now at least, is NO. This new app will give you an option for sending text SMSs, Videos, Pictures and much more like the stock SMS app. It has the new design overhaul over the stock SMS/MMS app. In this new messeging app, you could block contacts, color message threads, send new emojis, and of course, you could send the Audio messages.
That's it?? Yes, it is just a messaging app that could replace your stock SMS/MMS app, depends on you whether you wants to replace it with the new app or not, that's why said could replace. if you are happy with the stock messaging app that came with the phone when you bought it, go on, you don't need this new app. In this new app, has the feel of Material Design and the colorful threads, which appease mind, but has nothing to offer much to be honest.
Then why this app? Considering, Google already have Hangouts for SMS and Messaging?, Honestly, how many of us use Hangouts on Android for SMS and messaging?? or even think of using Hangouts? It lags a lot of time, it is annoying mostly. 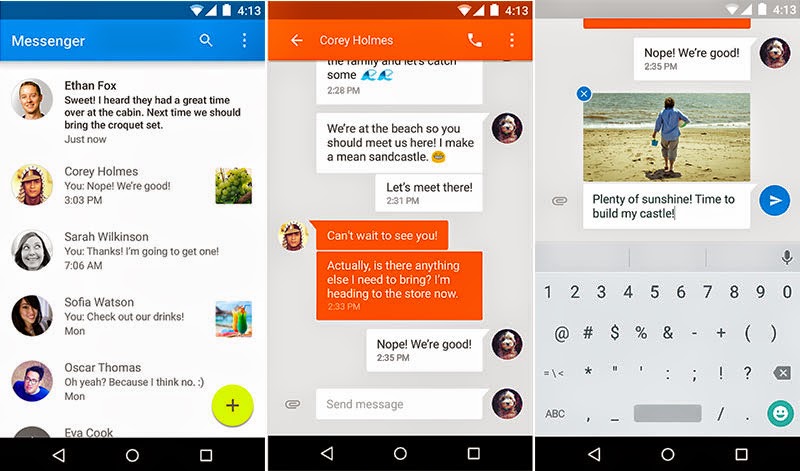